News
Home > News >
Who is who
IAWA Journal
Membership
Meeting
Learning
Wood collections
Downloads
News
IAWA Symposium at the 22nd Mexican Botanical Congress in Puebla, Mexico, on September 25 - 30, 2022
November&nbsp22,&nbsp2022
The XXII Mexican Botanical Congress was held in the beautiful city of Puebla in the Puebla State. Puebla is well-known for its colonial architecture and its “Talavera” pottery. The state is also notorious for its contrasting vegetation types, such as the arid to semi-arid zones hotspots of biodiversity, such as the Tehuacán-Cuicatlán valley, where forests of columnar cacti form a unique, stunning landscape. In the mountains of the state, beautiful cloud mountain forests abound.

Within this context, from the 25th to 30th of September, the most important botanical event in Mexico, which happens every three years, was held at the Benemérita Universidad Autónoma de Puebla (BUAP). The motto of the congress was "Botany in the Anthropocene" with nearly 868 attendees and many symposia organized. Plant anatomy was present in several symposia, with one of the most concurred being the IAWA Symposium.

The IAWA symposium was organized by Tereza Terrazas, Guillermo Angeles, and Marcelo Pace, and supported by the IAWA. At the symposium, different aspects were covered, from dendroecology covered by Marín Pompa-García, the seasonality of wood and bark formation covered by Marcelo Pace, hydraulic in stems and roots by Guillermo Angeles and hydraulic architecture in monocots by Gilberto Alemán-Sancheschúlz, functional wood anatomy was covered by both Maribel Arenas-Navarro and Marco Alvarado-Butanda, wood and stem ontogeny and evolution covered by Angélica Quintanar-Castillo, Emilio Petrone-Mendoza and Rosa Nejapa, wood and leaf features in response to drought by Georgina González-Rebeles and plasticity in anatomical features of the wood by Hilda Sánchez-Sosa, how leaf area and sapwood scale between them, covered by Mark E. Olson, and also how paleobotany can shed light on the past and present of wood diversity, covered by Sergio R. S. Cevallos-Ferriz.

The symposium was a great success, with good participation from the audience encouraging the exchange of ideas among the speakers and the public, from senior scholars to undergraduate students. At the end of the session, a happy hour of IAWA was held with delicacies brought from a pueblo known from their Italian community near Puebla called Chipilo. During the happy hours the attendees could enjoy cheeses, cookies, dried fruits, juices while wood scholars shared and discussed topics related to the symposium and the new perspectives on wood anatomy. We thank the IAWA for their sponsorship in organizing this successful meeting, where about 50 participants participated. The IAWA also counted with a stand in the exhibits, where over 30 IAWA publications were sold.

In addition to the IAWA Symposium, sessions related to the wood and plant anatomy were present, such as one moderated by Teresa Terrazas in leaf anatomy, the session of wood anatomy moderated by Agustín Maceda-Rodríguez, and a paleobotany symposium, organized by Ana L. Hernández-Damián, Socorro Lozano-García and Sergio R. S. Cevallos-Ferriz. In the structural botany posters, several works related to wood anatomy were presented, including topics related to the anatomical composition of trees of certain vegetation, phenotypic plasticity in species of broad distribution, and the characterization of wood in several species.

The entire congress was a great success and it as great to have the support of the IAWA, which actively continue to allow the exchange of ideas and collaborations among wood scholars and the new generations. 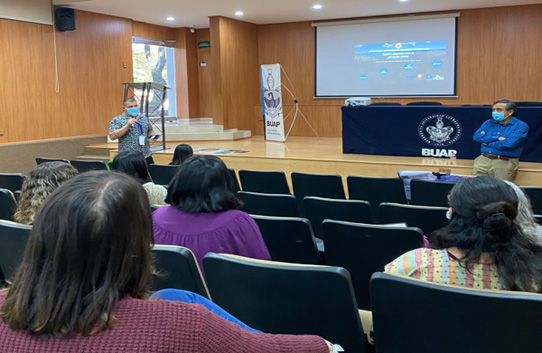 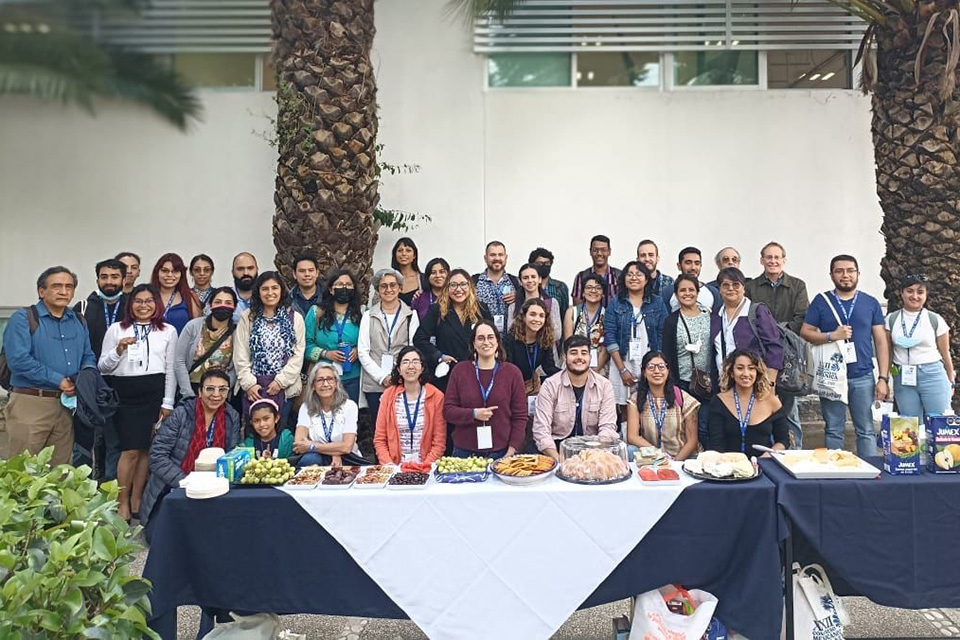