The goal of the workshop was to equip the participants with skills to establish a new-wood anatomical-component to an ever-expanding database of the local flora curated by Dr. Ah-Peng. A bark-focused follow-up is already on the table and an influx of Réunionese members to the IAWA may be expected. Scientists and students from the University of La Réunion, Mascarin National Botanical Conservatory and the local Forestry Offices enjoyed fieldwork in the cloud forest below Le Maïdo, familiarised wood anatomical techniques and the IAWA nomenclature system, and discussed drought-resistance and insular woodiness phenomena. 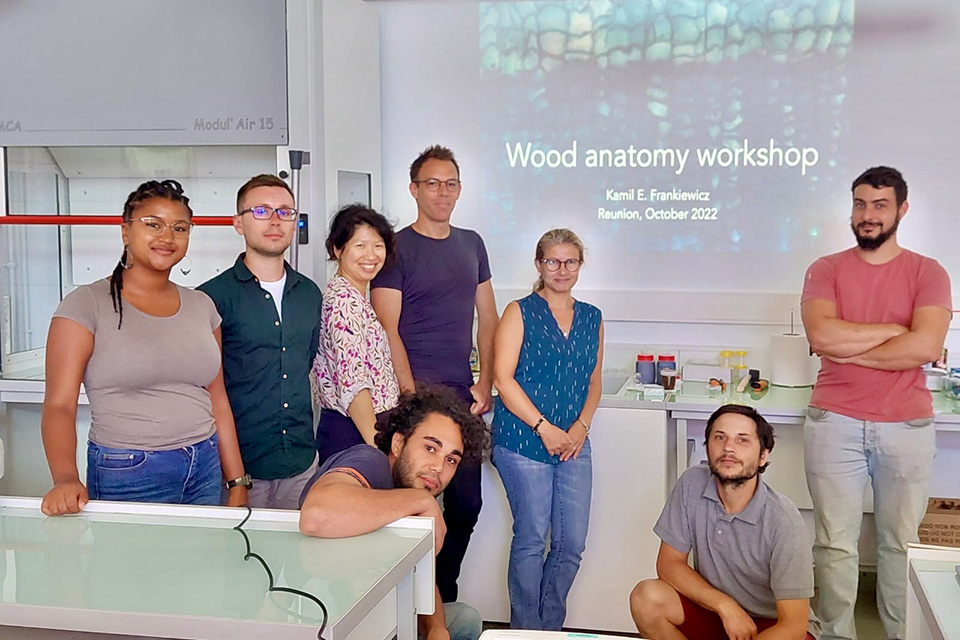 Group photo of participants to the cameral wood anatomical workshop 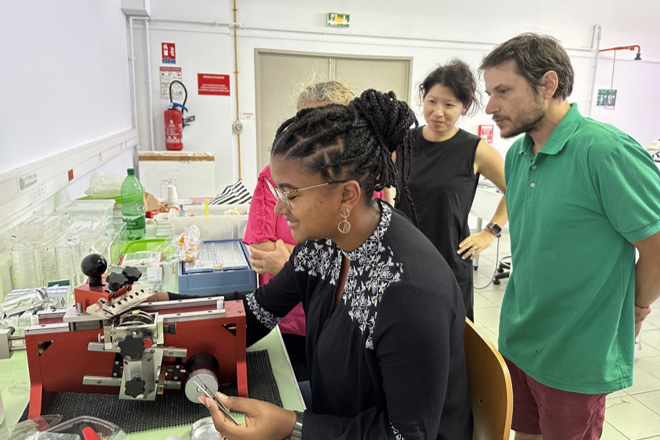 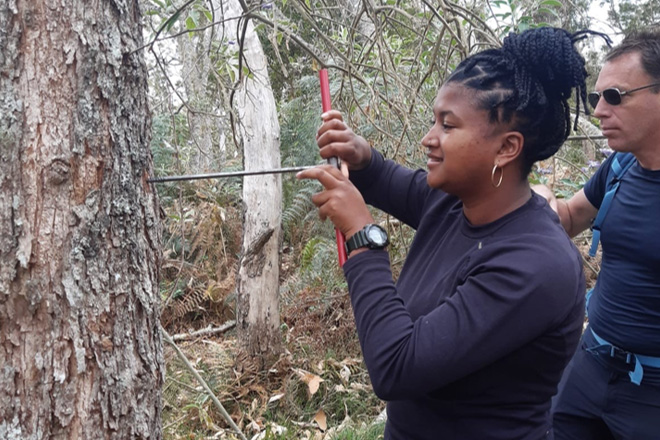